So, I’m shamelessly stealing this idea from Emma Osborne, who shamelessly stole it from Chuck Wendig. Perhaps ‘stealing’ is the wrong word. Sharing! Sharing is better, and it’s not like they don’t get to keep the idea just because I’m using it too. That would be stealing. Which this isn’t. Feel free to share it amongst yourselves!

1. Favourite novel of the year?

Without a doubt, Fool’s Assassin by Robin Hobb. Not only was I anticipating it more than I’ve ever anticipated any book release in history, it also delivered everything I hoped it would and more. I adore Robin Hobb. I adore Fitz and the Fool. This book was like catching up with much-missed old friends, and even though it was also heartbreaking and painful, it was a beautiful, incredibly fulfilling read. I cannot wait for the next installment.

2. Favourite non-fiction book of the year?

Hmm. Usually I have several non-fiction books on my list in any given year, but this year I only seem to have read one. So I guess it’ll have to be my favourite by default. I finally got around to reading The God Delusion by Richard Dawkins, which if I’m totally honest was never that high on my list. But it was a worthwhile read. I enjoyed its philosophical nature, even if it didn’t really impart anything that I hadn’t considered extensively before, having experienced (and moved away from) a heavily religious upbringing myself. I’ve never like Dawkins’ tendency towards snide pomposity, and there were moments of it in the book that did get on my nerves, although admittedly he kept it under wraps for the most part. While I don’t buy into his brand of atheism, and I didn’t find the book particularly enlightening (it may be more eye-opening for those without religious backgrounds), I did enjoy its thought-provoking nature.

3. Favourite short story of the year?

I’ve read a lot of short stories this year. Possibly more than ever before. I’ve been working my way through the complete works of H.P. Lovecraft, for a start, and thoroughly enjoying many of his shorts. I’ve read quite a few short story mags cover to cover. I’ve critiqued a lot of stories for fellow writers (some of which have been amazing). I’ve been reading a lot of online fiction and just generally soaking up as much short story creativity as possible. So it’s really hard to pick one single story that stands out.

But there is one that’s stuck with me: The Ghost Wife of Arlington, by Marilyn Guttridge. I loved it when I first read it, and its atmosphere has stayed with me. It’s beautiful, and disturbing, and completely engrossing. It may only be available in Writers of the Future Vol. 29, which is where I read it, but it’s worth seeking out if you get the chance.

4. Favourite movie of the year?

Ooh, tough one. It’d be a close call between Another Earth, Cloud Atlas, and Her. All (unsurprisingly) sci-fi, but all very different films. Overall, though, I think I’ll have to go with Cloud Atlas. Amazing, mesmerising, beautiful film. If I could only see one of these three movies again, it’d be this one. I love non-linear narratives and stories with colossal scope.

5. Favourite TV show of the year?

6. Favourite song of the year?

It’s not a new song, but I first heard ‘Mirrorball’ by Elbow earlier this year, and fell head over heels in love with it. It’s so gorgeous. High amongst Elbow’s collection of magnificent songs, IMO:

7. Favourite album of the year?

‘Ghost Stories’ by Coldplay. An ethereal, magical collection of songs, and one of those rare albums that just blends perfectly.

8. Favourite video game of the year?

Er, does Scrabble count? Then Scrabble.

9. Favourite app of the year?

Not very exciting, but ‘Tides Near Me’ is the app I’ve found most useful this year. Essential when you live on the coast and want to time beach dog walks etc. Can I switch copious autumn mud for nice dry sand today? *checks app* Why, yes. It was low tide 45 minutes ago, so still plenty of beach. Thank you, handy tidal app.

10. Favourite (something else) of the year?

That’ll have to be Loncon. Not only did I get to spend a weekend hanging out with my best mate, who I don’t see nearly often enough, I also got to spend it geeking out in spectacular fashion. I met up with some other close pals I hadn’t seen in ages, I met/saw/got books signed by three of my very favourite authors, and I got to hold one of these: 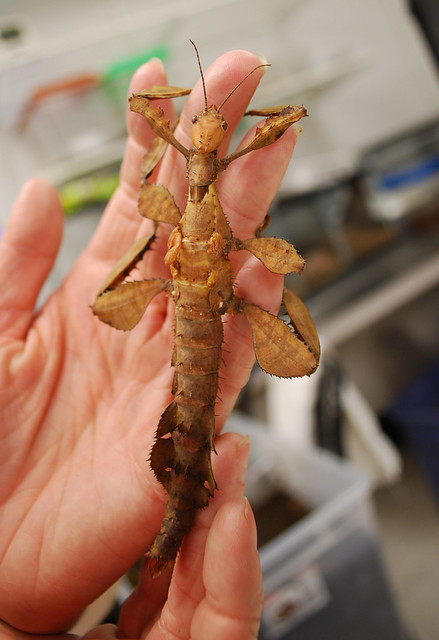